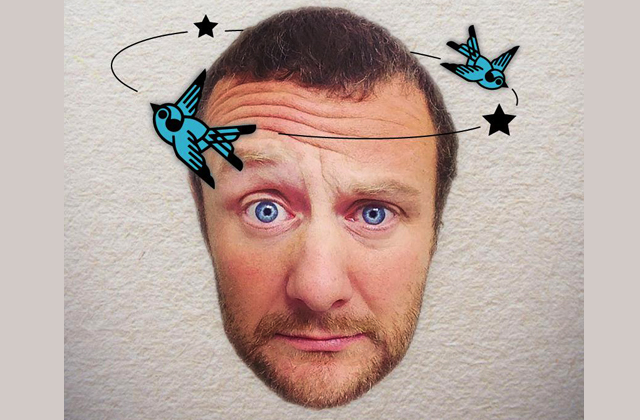 If you like a good laugh, and really we all need one, then roll up for PJ Gallagher’s new show “Concussion” which is set to premier at the Pavilion Theatre Dun Laoghaire on Saturday 21st February.

PJ has played sell-out shows across Ireland and is well known for his appearances in “Next Week’s News” and “Naked Camera”. Through his alter ego “Jake Stevens” he makes us crack up laughing at him, at ourselves, the recession, and at our society.

For a flavour of his sense of humour, check out this short clip from PJ’s appearance on The Late Late Show in 2010.